The final trailer for the live action version of Beauty and the Beast has been released. Take it in in all its glory below, and count down the days until this thing gets released in theaters.


The big news this past week is the Oscar nominations. Both of Disney's 2016 movies (Moana and Zootopia) were nominated for Best Animated Motion Picture. In addition to that, Moana also received a nomination for the song "How Far I'll Go." If it wins Best Original song, then it's composer, Lin Manuel Miranda, will be the youngest person ever to win an Emmy, a Grammy, an Oscar and a Tony. 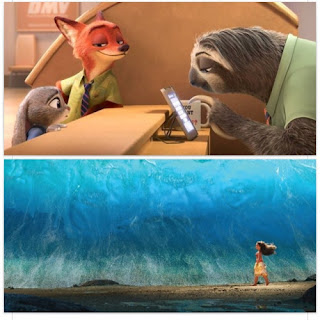 Disney's live action The Jungle Book was nominated for Visual Effects along with two other Disney properties, Marvel's Dr. Strange and Star Wars: Rogue One.

All in all, not a bad showing for Disney this year.


In other news, Disney World's new raft ride set to open sometime in 2017 is being renamed to Miss Adventure Falls, Originally titled Miss Fortune Falls, the name was changed to better reflect the ride's backstory. Miss Adventure Falls, located in the Typhoon Lagoon, is expected to have a ride time of two minutes, making it one of the longest rides in the Disney Water Parks. 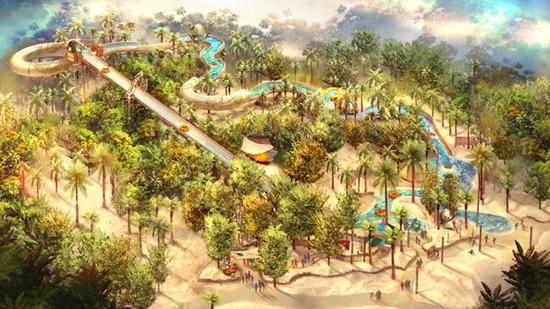 Finally, you may or may not remember Newsies the 1992 Disney Musical about the Newsboy Strike of 1899. Staring Christian Bale, the movie made very little impact in its initial release, but over time a cult following has grown around the musical, and when the movie was adapted to a Broadway musical, it was much more successful, winning two Tonys and playing for audiences of thousands. Now Disney is giving you a chance to see the musical adaptation of Newsies even if you can't make it to New York.

A filmed performance of Newsies: The Broadway Musical will air in 700 theaters across the country on February 16th and 18th at 12:55 PM and February 22 at 7 PM. For a complete list of participating theaters, you can click here.

This episode takes on Pixar's first superhero movie, The Incredibles. It's also the first  Pixar movie to have primarily human characters as well as their first PG movie. The Incredibles breaks a lot of new ground for Pixar so come along with us as we explore the action/adventure/comedy/animated/family film.
Posted by Joelgleo at 10:29 AM 1 comments

Email ThisBlogThis!Share to TwitterShare to FacebookShare to Pinterest
Labels: brad bird, disney, disney magic, disney movies, pixar, pixar movies, the incredibles
Newer Posts Older Posts Home
Subscribe to: Posts (Atom)
Follow Joel and Megan as they make their way through the right history of Disney. Check the Podcast Archive below for an episode on every Disney movie, and Pixar movie released so far. As well as special bonus episodes on live action Disney movies as well as Disney sequels.
We post a new podcast every week and a roundup of cool Disney stuff on Sundays! Look for more fun Disney content in the next few months.