It's been a while, but it's time to do another Weekly Disney Roundup.

First up, Disney has announced that they have begun principal photography on their live action adaptation of the Cinderella fairy tale, as well as releasing the first image from the film as seen below. 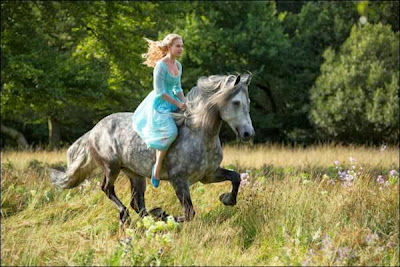 Cinderella is currently scheduled to be released on March 13th, 2015.

The Walt Disney company has decided not to renew the "first-look" deal with producer Jerry Bruckheimer. Bruckheimer has produced a total of 20 movies under the Walt Disney banner including the Pirates of the Caribbean series and the National Treasure series. However this does not automatically mean that the producer will never work with the Walt Disney company, and as a matter of fact, they will both continue to work together on the fifth Pirates movie which is currently in production.

This year at the Sundance Film Festival, We learned about a film that was shot at Disneyland without Disney's knowledge or approval. IT was assumed that legal actions would prevent the general public from ever seeing this movie, yet it unexpectedly seems that things are moving forward with the movie as a trailer and poster for the film have been released. You can watch the trailer below, but be warned, this movie is not in the standard "Disney Magic" vein of what Walt Disney tends to put out. Still it's worth a look just for the amazing story behind the film.