Finally back with a roundup you guys! It's about time.

A little bit of a peek into what happens after the credits roll. Love this! 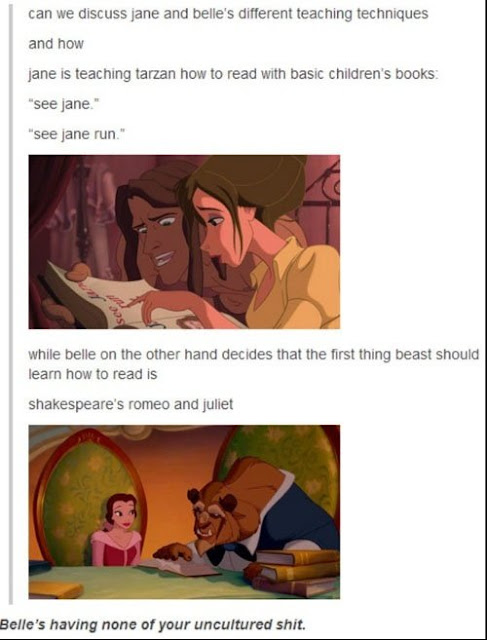 This was found via reddit from tumblr, so I can't really source it properly, but it is hilarious none the less. Seriously, Belle, Shakespeare? 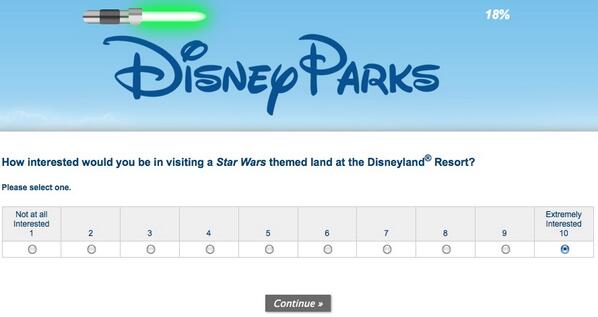 The possibility of a Star Wars park happening since Disney bought the franchise has been tossed around quite a bit, and it looks like they might actually go through with it! A survey was sent around to some of the annual passholders for Disneyland in California, and hopefully all of them said "YES PLZ STAR WARS PARK NAO." ...at least, that's as coherent as I can get on the idea. Source! 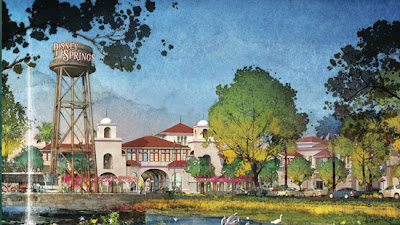 Downtown Disney in Florida is getting a makeover and a rename, Disney Springs! I'm super excited about this. Downtown Disney has been pretty messy theming-wise and downright sad-looking in some places for a while now, and this all looks lovely. More plans here! 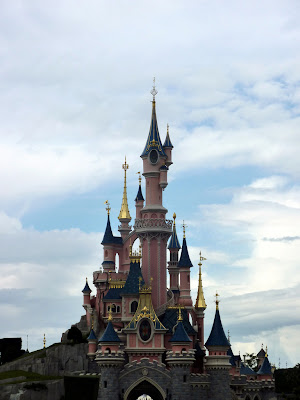 On a more personal note, I'm headed to Disneyland Paris in May! Just a day trip, part of a larger trip to London and Paris, and I'm so excited. I don't know if we have any readers who've been to the parks, but if anyone has any suggestions, do let me know! Photo source.

Team Starkid's next musical is a Wicked-style production based on Jafar from Aladdin called Twisted! There's also a Kickstarter happening over here, and while it's already reached fully-funded, there's still plenty of room for improvement!
Posted by Megan at 4:18 PM

Add comment
Load more...
Newer Post Older Post Home
Subscribe to: Post Comments (Atom)
Follow Joel and Megan as they make their way through the right history of Disney. Check the Podcast Archive below for an episode on every Disney movie, and Pixar movie released so far. As well as special bonus episodes on live action Disney movies as well as Disney sequels.
We post a new podcast every week and a roundup of cool Disney stuff on Sundays! Look for more fun Disney content in the next few months.