"Once you have a daughter, no matter how tough, thuggish, or introverted you might be, you’re going to play princess with reckless abandon in front of others knowing that if anyone sees you they’re going to understand. Especially if that someone is another dad."

Well if this isn't the cutest thing you've seen all week, I don't know what is. 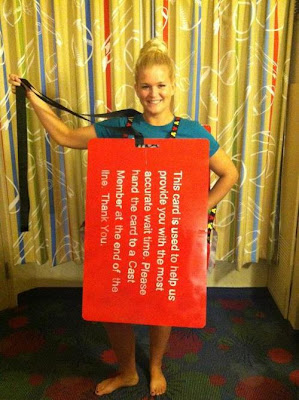 lisseemae on tumblr made this truly awesome FLIK card costume for Mickey's Not So Scary Halloween Party this year. Too funny!

More about the Be Our Guest restaurant. This is just too freaking pretty, you guys. I hadn't seen any of the West Wing stuff before this, it looks amazing!

I believe I shared the Dapper Dan's singing "Grim Grinning Ghosts" last year, so I thought I'd share "This is Halloween" this year! 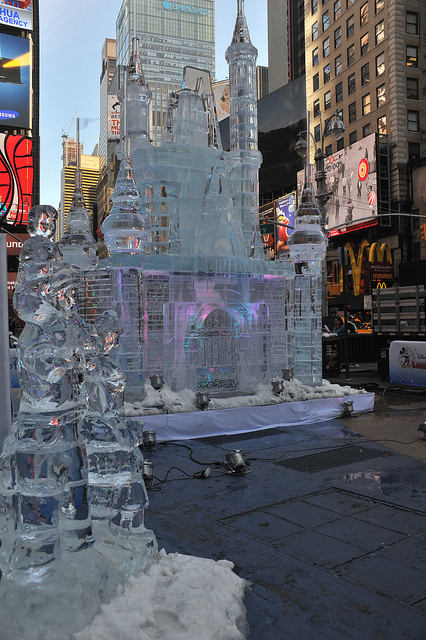 This awesome photo from flickr user asterix611 shows off Disney's freshly built giant castle ice sculpture in New York City. It was used to announce Limited Time Magic, a new promotion Disney parks are doing next year, which basically involves a special event every month or so. You can read more about it here!
Posted by Megan at 2:08 PM