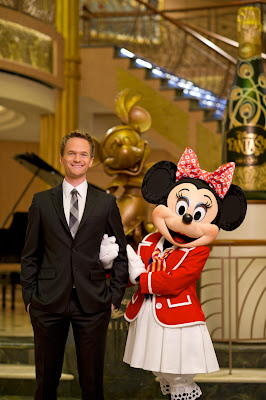 Disney's latest cruise ship, the Disney Fantasy, was christened this week. I don't particularly care that much, but I do love seeing celebrities with Disney characters, and Neil Patrick Harris is adorable with Minnie :D More famous people with Minnie and Mickey here!

This post was the funniest thing I've seen all week.
So in case you're still not excited for Brave, you should watch this Japanese trailer. Here's a rough translation I found from lilyliqeur on tumblr:
Narrator: From long ago, the humans and the forest lived peacefully together…Until the laws of the forests were broken.
Writing: Born as princess…
Queen Elinor: Listen here, Merida in order to be a proper Queen, you need refinement/elegance and endurance.

Writing: A Girl who fights for her freedom

Merida: Living like this every day is too constraining.

Writing: Her name is Merida

Witch: Tell me your wish

Merida: I want to be free

Witch: This is a charm that will change your fate.

(I can’t understand what that deep voice is saying, unfortunately)

Queen Elinor: This is very sinister… The forest is making an uproar

King Fergus: What on Earth is going on?

Writing: The humans must follow the laws of the forest

Random character: The law of the forest has been broken. This means war!

Queen Elinor: What exactly did you do in the forest?

Merida: This is all my fault…

Queen Elinor: Long ago, the laws of the forest was broken by a Prince who used magic, and because of that the kingdom crumbled.

Merida: Is this the forest’s curse?

King Fergus: The time has come!

Merida: I have to protect the kingdom.

Witch: You won’t be able to reverse the curse once the sun comes up.

Background character: Hurry! To the forest!

Merida: Mother!
So yeah, that sounds awesome. Much more plot and excitement than the American trailers/clips! 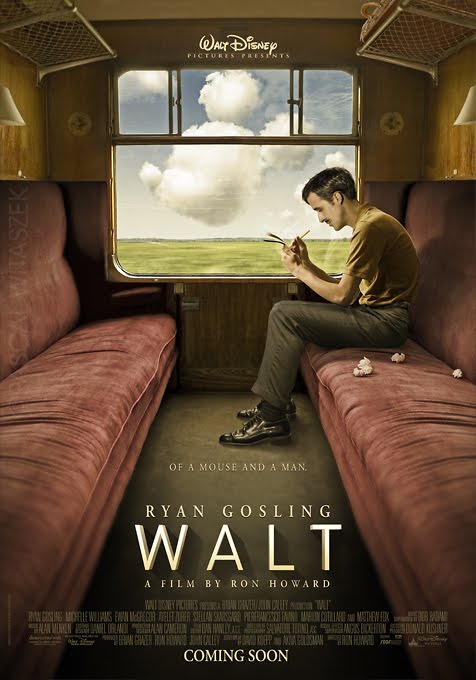 This is not a real movie, sadly. Instead, it's some excellent photoshop work by an artist named Pascal Witaszek. Sad, but still very cool.
Posted by Megan at 5:00 PM