Disney Magic #24: Just a handful of Winnie the Pooh's Many Adventures

This week is a bit of a jump back in time. Though released in 1977, this whole movie is made up of segments that were made before that. In fact one was made early enough that we get one more chance to see something that Walt himself worked on while he was still alive. And who doesn't love Winnie the Pooh and his friends in the hundred acre woods? The whole gang is here, from Tigger, to Piglet, to Owl and Rabbit. And they do indeed have many adventures, though admittedly most of them start with an empty honey pot and an empty stomach.

Direct Download Link Here
Posted by Joelgleo at 3:07 AM 0 comments 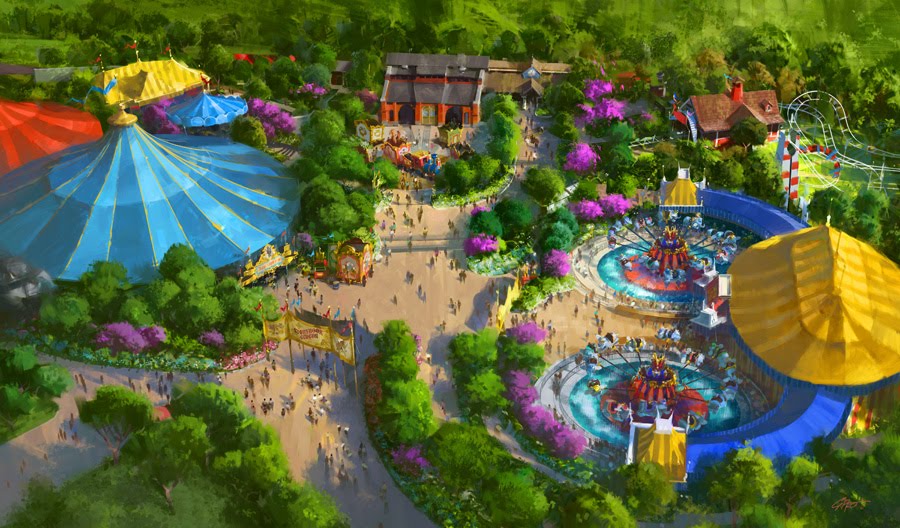 Part of Storybook Circus will be opening in late March as part of New Fantasyland at Disney World! It hasn't been released exactly what will be opening yet, but the area is themed on Dumbo and has attractions that will feature some of the classic characters like Goofy and Mickey, so I'm excited to see what's finished! More info about that here.
This storyboard for the cut out verses of "Reflection" from Mulan has been circulating around and it's really lovely. I can see how the animation flowed into the next scene a little better with the scene they kept, but it's really a shame the whole song didn't stay in. 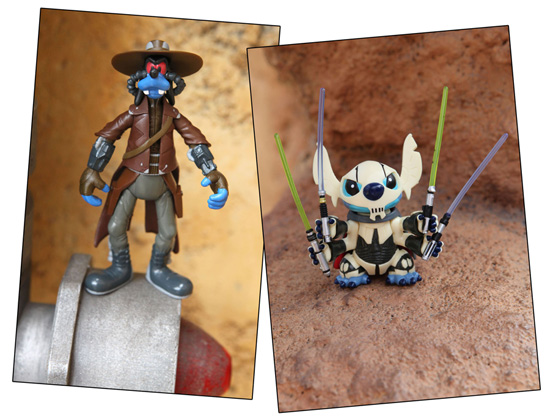 There's some awesome new figures coming out soon featuring Disney characters dressed as Star Wars characters. These two are my favorites, Goofy as Cad Bane and Stitch as General Grievous, but they're all really awesome. More over here!
Remember that one time we were super excited for Brave? Well now we're even more excited. A whole two and a half minutes of the movie!
Posted by Megan at 3:19 PM 0 comments

Disney Princesses: From Movie to Line Up 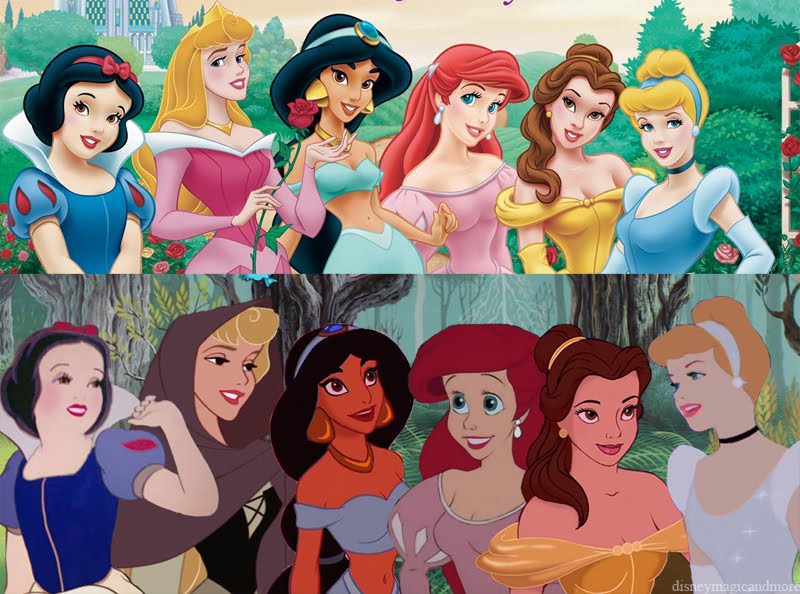 Disney Magic #23: Reasons Why it's ok to Rob the Rich to Feed the Poor

In one of our favorite movies so far, we get the story of Robin Hood but told with animals. Lots of great music is involved, there's a madcap fight scene and a whole load of fun characters including a bear, a badger and a chicken. There's church mice who are actual mice, and Richard the lionhearted is...well a Lion.

Direct Download Link Here
Posted by Joelgleo at 1:55 AM 0 comments

Weekly Disney Roundup: February 19, 2012 (AKA THE FIRST ROUNDUP ON OUR NEW DOMAIN YAYAYAY)

We bought a domain name today a;lakjds;flkasdf;kj! So consider this your official welcome to disneymagicandmore.net! We'll be doing this the rest of the day: 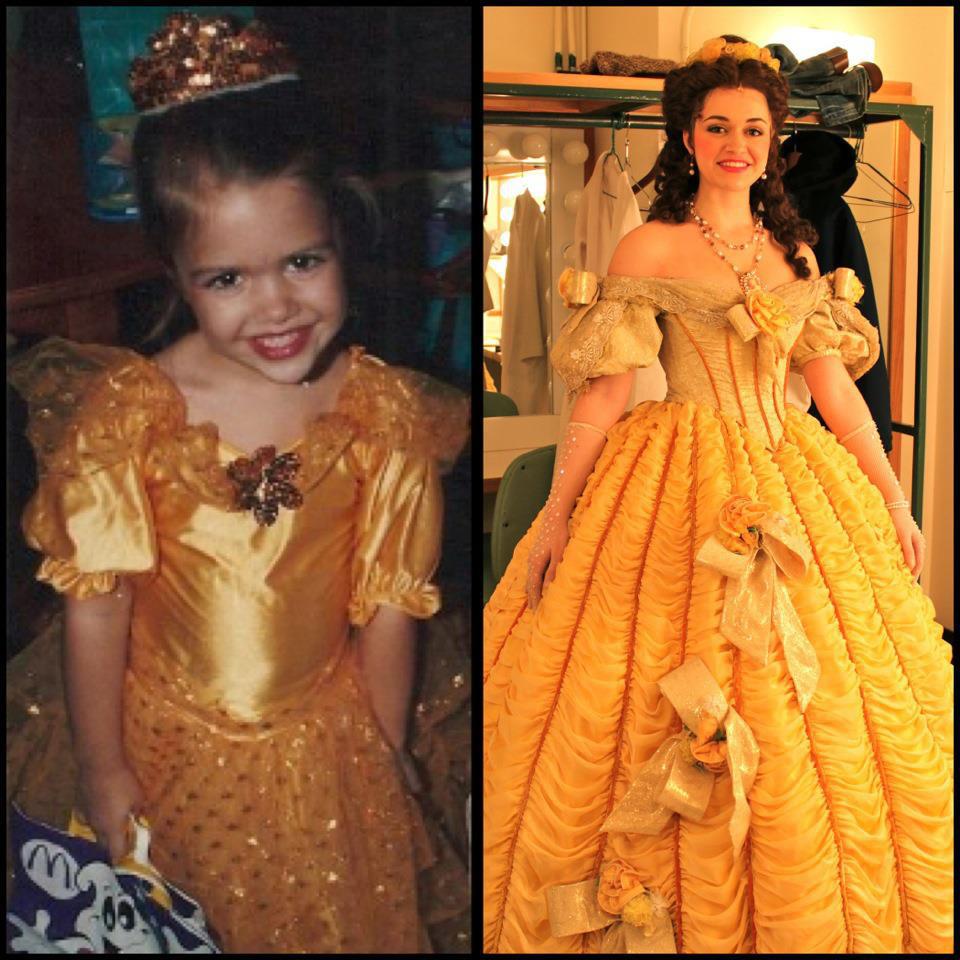 "My beautiful sister living her dream as Belle in the national traveling tour of Beauty and the Beast." (Source) This is just darling! 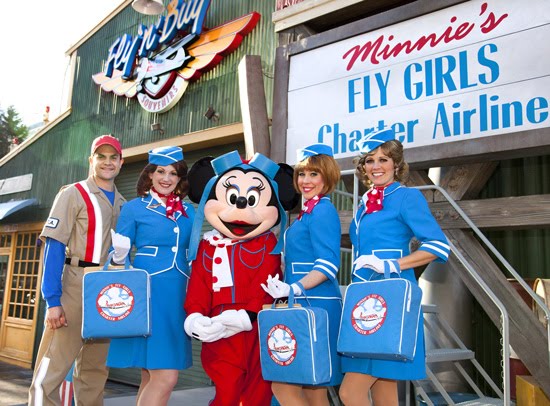 Minnie's got a new show at California Adventure called "Minnie's Fly Girls Charter Airline!" It features songs from the 40s, 50s, and 60s and just look at those adorable outfits! There's more info over here. 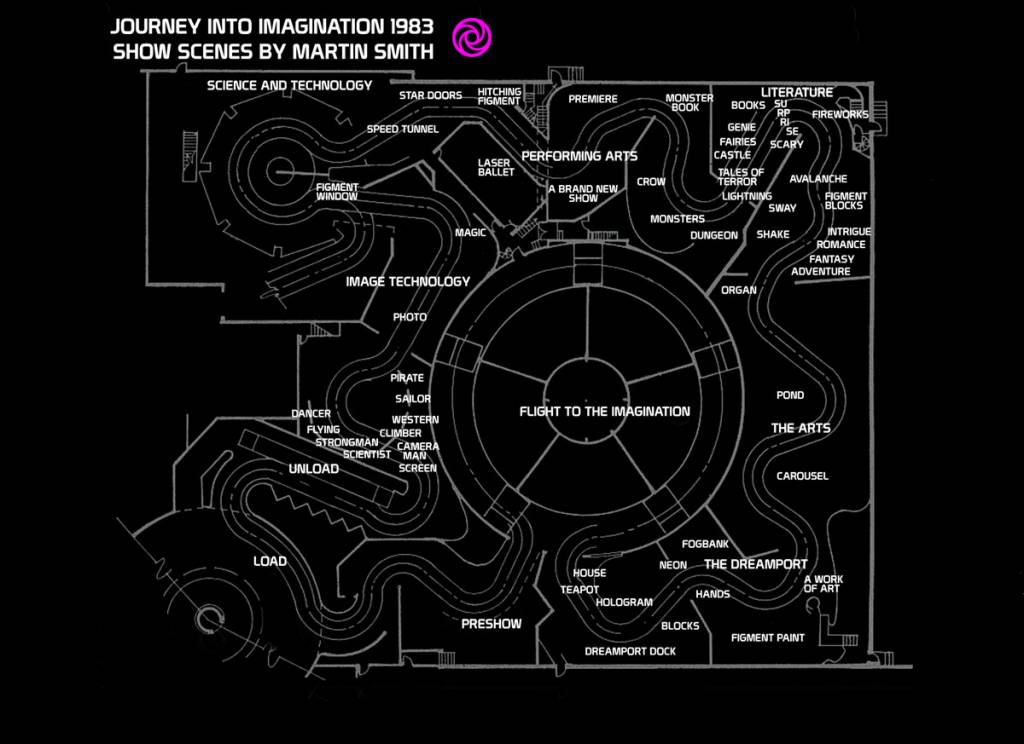 Original blueprints from Journey into Imagination back in 1983! This ride was one of my favorites as a kid, it's cool to see it all laid out like it used to be. From reddit. 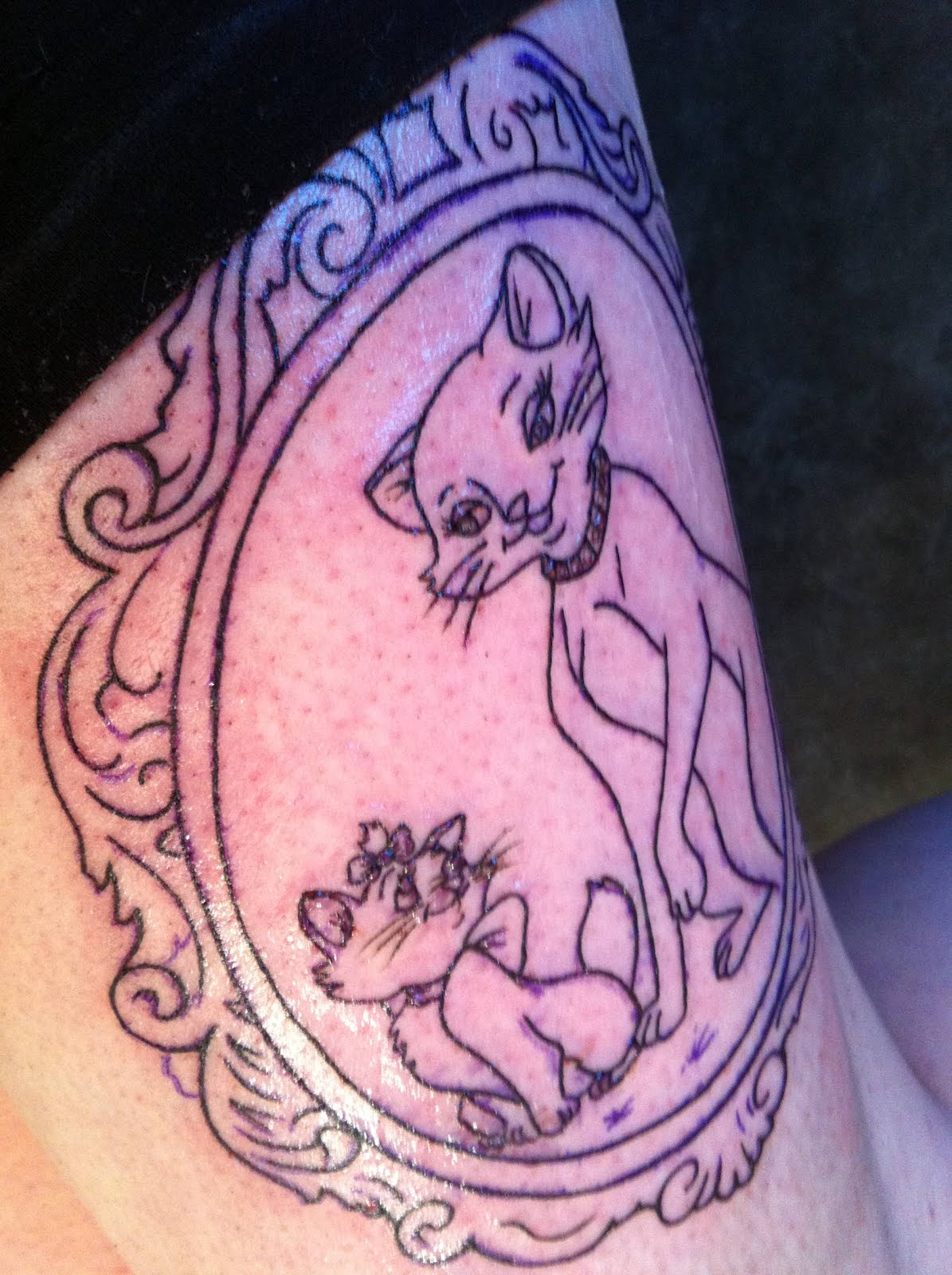 In honor of our super cute movie this week, here's a darling Aristocats tattoo from Reddit.
Well this will probably be the weirdest thing you've seen all week.
Posted by Megan at 5:16 PM 0 comments

Email ThisBlogThis!Share to TwitterShare to FacebookShare to Pinterest
Labels: beauty and the beast, disney, disney parks, minnie mouse, The Aristocats, winnie the pooh

Disney Magic #22: A Tale of Two Kitties (And Some Kittens as Well)

This week it's Aristocats and we're off to Paris where we see another Disney story about two animals from different sides of the tracks that fall in love. Only this time, it's cats instead of dogs. We also have a family of animals being kidnapped and having to make their way home, but again, this time it's cats and not dogs.

Direct Download Link Here
Posted by Joelgleo at 3:14 AM 0 comments 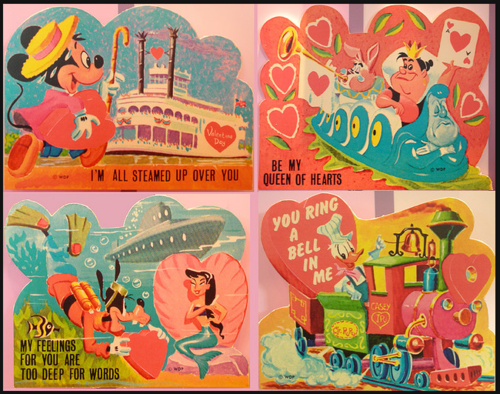 Happy Valentines Day everyone! Aren't these vintage Disney valentines too cute? I just love Goofy having a mermaid valentine. So random.
Posted by Megan at 4:19 PM 0 comments 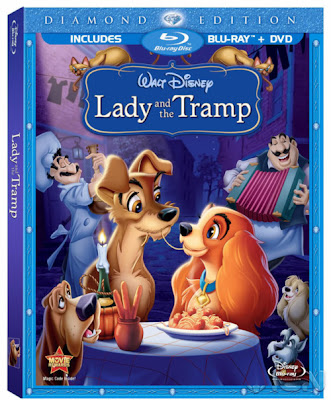 Lady and the Tramp came out of the vault last week! Go get your copy while it's still around :D 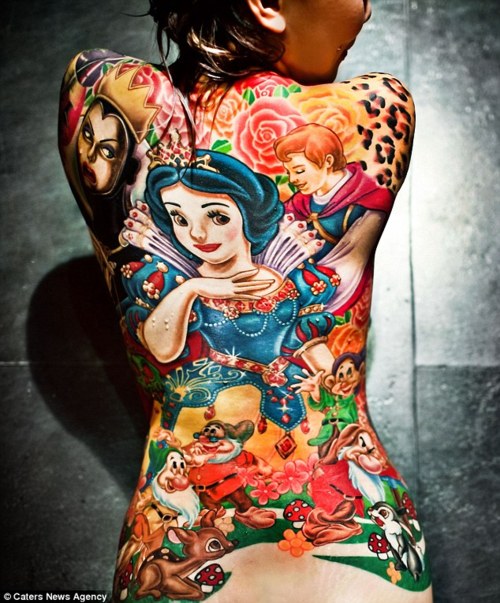 I've been seeing this image circulate around a lot this week! The is a real tattoo on Annefaye Kao, and you can read more about it here (although the interview is not my favorite, it calls the Queen 'Grimhilde' and the prince 'Prince Charming' and asks her stupid questions about her potential love life. It does have some nice close-up pictures though!) I think it's really beautiful, definitely one of the most impressive tattoos I've ever seen. 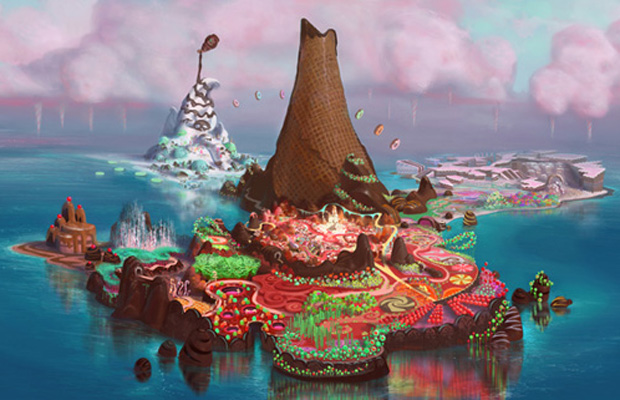 Some new concept art was released for Wreck-It Ralph, Disney's next CG film, and it looks pretty neat. The film is basically going to be about a misunderstood villain escaping from a video game. There's some more pictures and info here, and the movie comes out November 2nd.
This is a really cool compilation of live-action reference used for Disney movies! Using actors as models has been a tool Disney used from the beginning, and it's really cool that a lot of the film is still around. 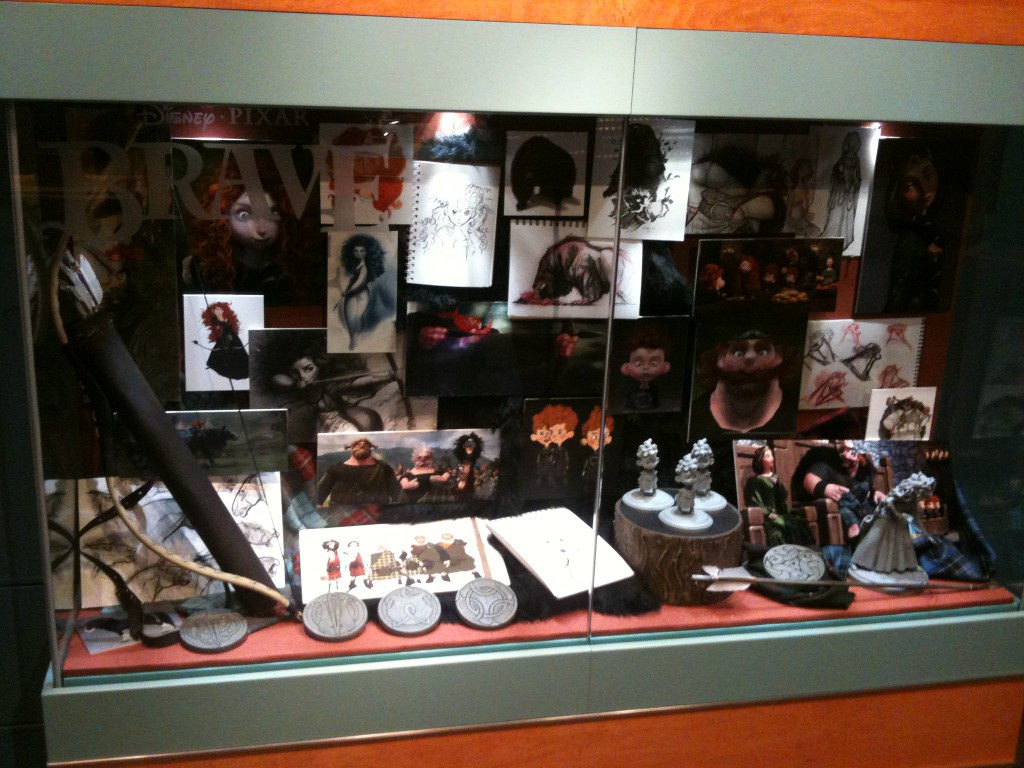 Oh my goodness, you guys. I am SO EXCITED FOR BRAVE. This post features all sorts of new concept art, maquettes, props, renderings and paintings that are in a display at Disney World. So cool.
You might need some tissues for this one.
Posted by Megan at 6:14 PM 0 comments

Disney Magic #21: A Podcast About a Movie, About a Book, About the Jungle

This week we look at the last movie that Walt Disney ever worked on, (an a lot of other "lasts" as well we find out) The Jungle Book. But its a great final movie with some of the best songs in the Disney music library, and some of the best character designs we've seen so far.

Direct Download Link Here
Posted by Joelgleo at 5:16 AM 0 comments 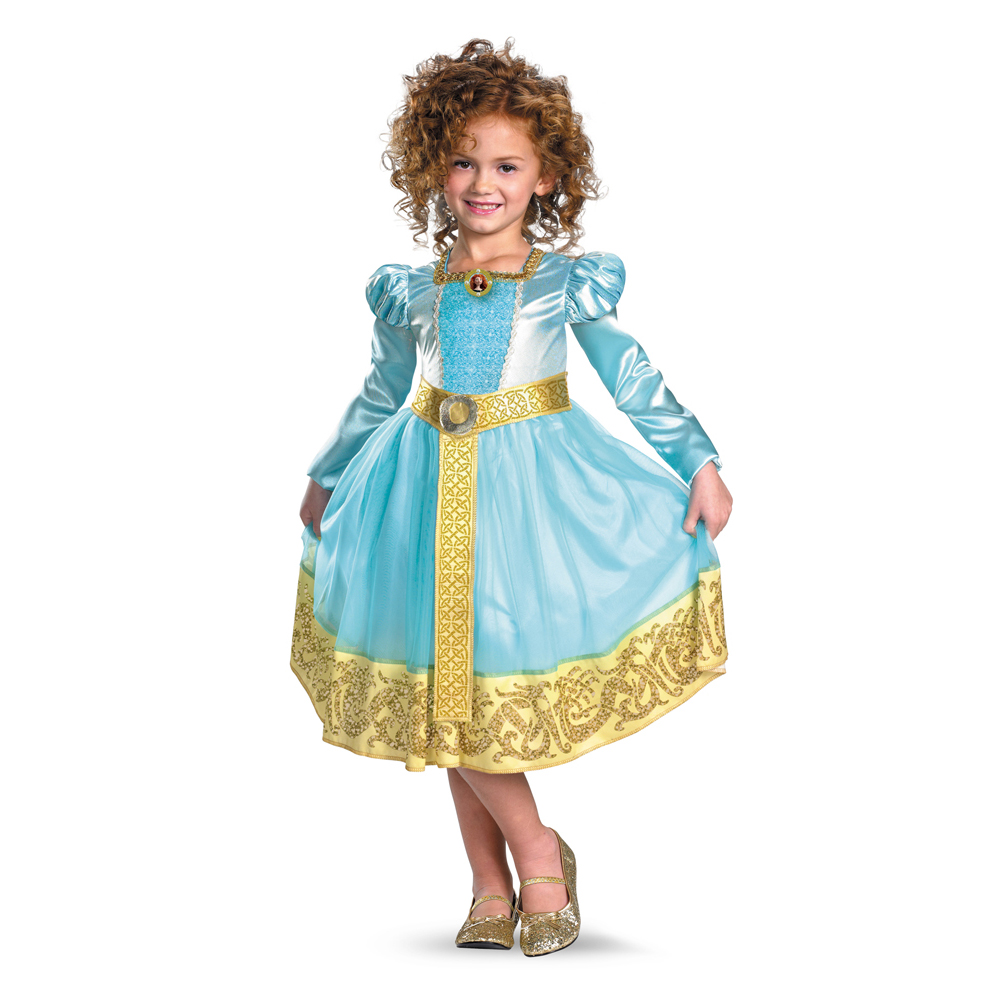 Previews of Brave merchandise were floating around this week! I have mixed feelings about them choosing the court dress over the more casual one she seems to wear most of the movie, but I guess it's gotta fit in with the other ball gowns. That detailing is really pretty anyway, and I love the colors! Here's a tumblr post with more stuff, including a bow and arrow set! Marketed to girls! Be still my heart!
Miss Piggy will never stop being my hero. She's a fashionable, body positive, feminist who knows karate and apparently hates Fox News. Awesome. 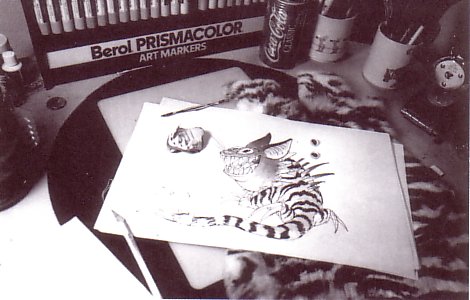 Joel found this awesome concept sketch for Stitch that's apparently from 1985! I'm very surprised by how long this idea was hovering around the studio.
Posted by Megan at 4:02 PM 0 comments

Direct Download Link Here
Posted by Joelgleo at 2:25 AM 0 comments

Email ThisBlogThis!Share to TwitterShare to FacebookShare to Pinterest
Labels: Arthur, disney, disney magic, King Arthur, Merlin, podcast, T.H. White, The Sword in the Stone, walt disney
Newer Posts Older Posts Home
Subscribe to: Posts (Atom)
Follow Joel and Megan as they make their way through the right history of Disney. Check the Podcast Archive below for an episode on every Disney movie, and Pixar movie released so far. As well as special bonus episodes on live action Disney movies as well as Disney sequels.
We post a new podcast every week and a roundup of cool Disney stuff on Sundays! Look for more fun Disney content in the next few months.